Last week while on vacation at a beautiful Florida beach, I went “offline.”  I didn’t check email or voice mail and only went online to find a local restaurant.  It was great!

Being without my iPhone, made me hyper-aware how other people were using their smart-devices.  The most striking example was the teenager at the beach who was texting for hours at a time.  While I swam in the surf, listened to the sound of the birds and watched a pod of dolphins swim along the coast, this teenager was so focused on his smartphone that he missed it all.  He was at the beach, but not really at the beach– he was missing the moment.

While this blog is not a commentary on teenager’s behavior, this vivid example, made me think about how professionals divide their attention especially during a meeting.  Humans cannot effectively divide their attention between two similar, complex tasks such as reading and listening.  No one can read an email on their smartphone while simultaneously listening to someone speak during a meeting.

Get in to the office early or stay late, but don’t text, send or read email while participating in a meeting with other people– don’t miss the moment to hear what is being said or weigh in with your own opinion on the subject.  You’ll miss the moment like the teenager on the beach.

Reid Hoffman is the co-founder and executive chairman of LinkedIn and knows a thing or two about the power of networking. 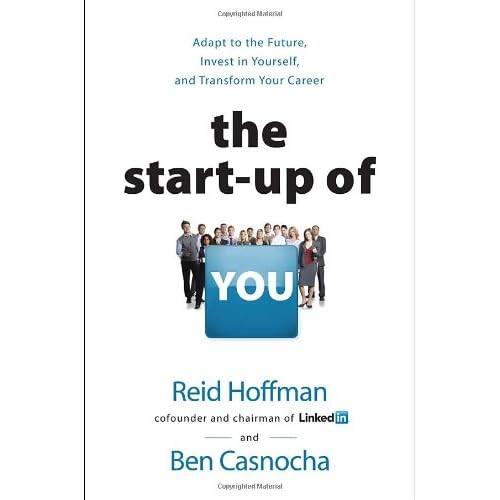 The Start-up of You is not a technical “how to” book about the world’s most popular professional networking site, but instead a philosophical discussion about approaching your career with the mindset of entrepreneur.  Hoffman along with his co-author, Ben Casnocha suggest that you consider your career in permanent beta– as a professional, you are never complete, but instead always aiming to grow, expand and improve.

Who should read this book? END_OF_DOCUMENT_TOKEN_TO_BE_REPLACED

There is never a better time to get started using LinkedIn than while you are still in college. Unlike Facebook, which you’ve probably used primarily for your social life, LinkedIn should be reserved for your professional life.  And even though you are a couple of years away from your first professional job, now is the time to start building your LinkedIn profile and network.  LinkedIn is a very powerful business tool and a “must have” for all professionals.  For more insight on the use of LinkedIn among recruiters, check out this article, “20 Reasons Why LinkedIn Will Be the #1 Recruiting Portal of the Future.”  END_OF_DOCUMENT_TOKEN_TO_BE_REPLACED

The Wall Street Journal ran an article about the shift in business schools to emphasize business writing.  Career-ology couldn’t agree more!  Thank you WSJ.  Email and text messaging is chipping away at of the the pillars of human communication– writing.  The article includes END_OF_DOCUMENT_TOKEN_TO_BE_REPLACED

Subscribe to the blog and receive 2 free chapters of the book!